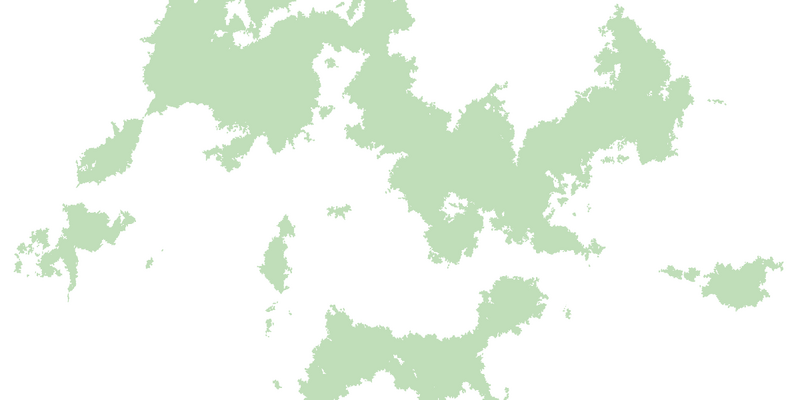 Teles is a planet much like Earth with a rich history and innumerable languages. In Teles it is now the year 2000AK, but historical work details a linguistic prehistory as early as 14000BK. At present 2 billion humans inhabit the world, hailing from highly diverse cultures and belonging to various nation-states.

From the rainforest Caayukuric Islands to the tundra and sprawling plains of Amalan, Teles sports every imaginable physical environment and hosts immense biological diversity. Similarly, the languages of Teles vary greatly. The mellifluous Nautli languages spoken on a remote archipelago are unlikely to be confused with the complex Ydtobogȧntiaky languages of a certain savanna peninsula.

This is Teles, a world where history is always being written. Teles, where languages are born like stars in a nebula.

Here you will find a world open to all: not just exploration but even creation falls into the hands of you, the reader.

This is the world of Teles: one created by language lovers, cartographers, and fantasy artists alike. Anyone who enjoys the thought of creating a world of their own with a history to rival that of Earth's may find a welcoming and open-ended environment here to practice their art, whether that take the form of language, geography, art, history, writing, or more.

Teles is particularly well-developed with regards to constructed languages, with a strong emphasis on modeling the historical development of these languages so that they develop naturalistic traits. Another point of focus is the creation of detailed, realistic, and aesthetically pleasing maps which present various aspects of Teles.

The forum that started it all may be found here, where action surrounding Teles continues to unfold.

Agriculture began in the mountain region of Du Beng on the continent of Amutet in the year 10000BK and quickly spread to nearby regions of Amutet along the Seng Jang River, transmitted by the commercially savvy Songke people. Meanwhile, the technology of pottery underwent development to the west around the great lake Ping De of Avesta. Later, in about 5000BK, the Zempachi people of the Kazuruba Sea region in eastern Amutet developed metallurgy, which again spread along the Seng Jang River to the Songke as well as to the Akuri people of the Argelian Peninsula, crystallizing them into important nation-states.

For more detail, consult the Historical Atlas of the Sengjang Region.

To the northeast, the Ulitan people crossed the Athukemh Mountains, traveling south along the Fish River to the Bawim Islands, where they established the powerful yet insular state of Nanarulamuts, whose technological skills remained a secret to the rest of the world. The nearby Amutetikam people flourished along the Akelek River and developed their own powerful state, from which Teles' dating system originates— the dating system of BK and AK is based off of the birth of the first King of 'Agjʊlεkh, King 'Egjεlatɪsham I, who introduced an official religion, based on his own life, into the state of the Amutetikam. Meanwhile, the Tiledem and Handapachi peoples developed the first writing systems in Amutet, which quickly spread south to the Songke and northeast to the Ulitans and Amutetikam.

For more detail, consult the Historical Atlas of Northeastern Amutet.

Far to the west, the Gigxkpoyan people developed advanced seafaring technology that allowed them to conduct trade with the Kangthang people of western Avesta whose pottery skills were sophisticated. The Gigxkpoyan people also traded with the Ydtobogȧn, pioneers of writing in Teles. Finally, the Latians of southwestern Amalan developed cunning agricultural techniques which enabled them to enjoy a remarkably high standard of living and to spread into nearby Ular.

For more detail, consult the Historical Atlas of Amalan. 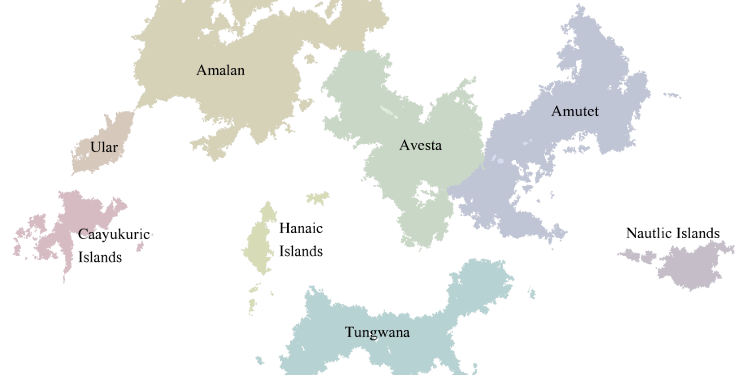 Several Swadesh lists, varying by continent and time period, will highlight the differing lexical and phonological features of the languages of Teles.

Retrieved from "https://telesconlang.fandom.com/wiki/Teles_Wiki?oldid=7430"
Community content is available under CC-BY-SA unless otherwise noted.